Reflections Beyond the Road – John Pepe

You Sold Fireworks?! Your were a Pyro?!

Seems like every kid loves fireworks. Especially the ones you can light yourself – firecrackers, bottle rockets and cherry bombs. Every mom hates them because you are either going to blow your hand off or burn the house down!

On the 4th of July when you and the family go to the park for the big show, or when you go someplace like Disneyland. How do those things work and what do they look like? And who makes them, anyway? 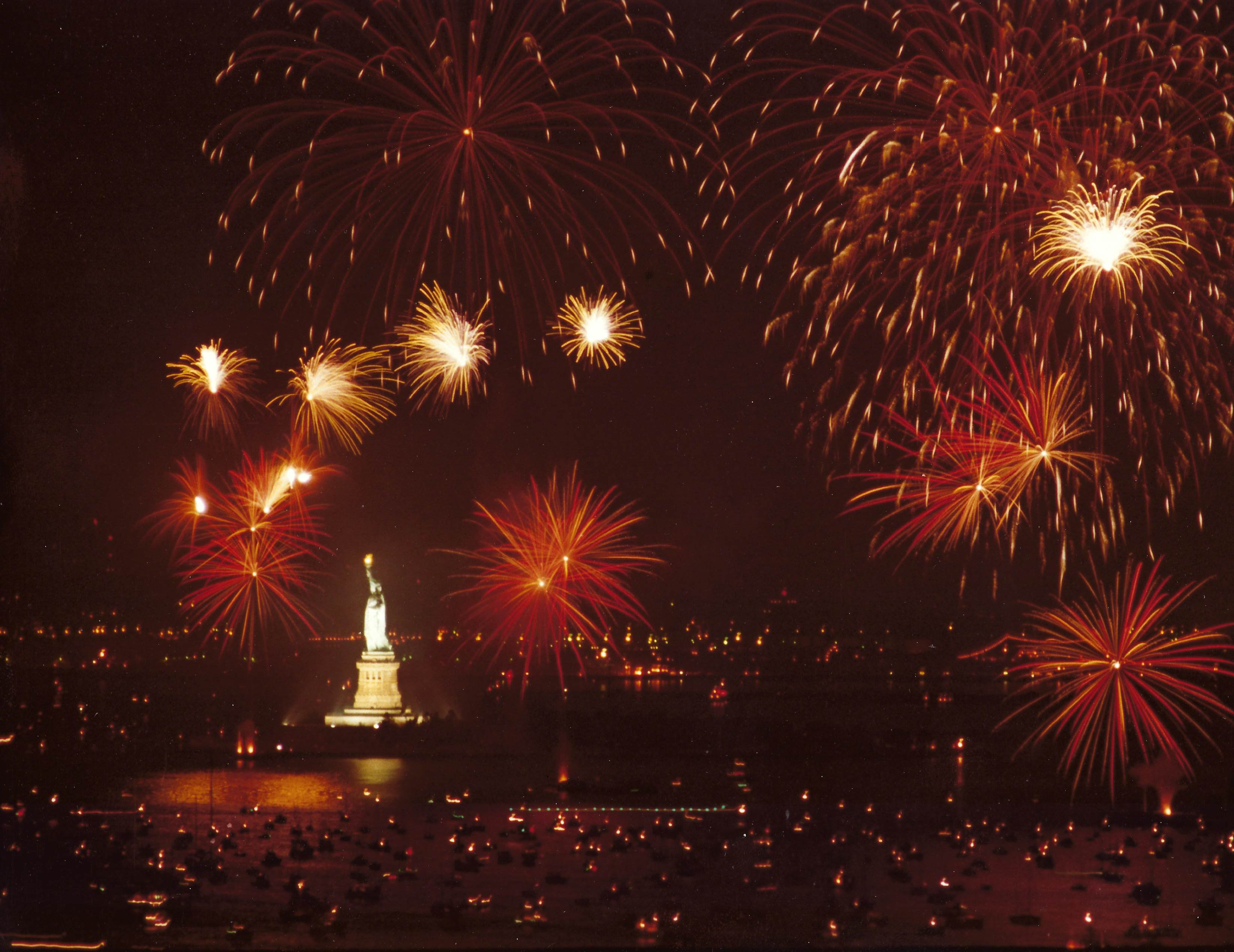 On July 4, 1976, our nation’s 200th birthday, I was fortunate enough to be able to watch the big New York City July 4 Bicentennial Celebration from a 34th floor high-rise apartment right on the Hudson River. This was an all-day affair. Tall ships from all over the world, more pomp and ceremony anyone thought possible, speeches from dignitaries on television all day, concerts by all the big names, you name it they did it. It was pretty terrific really. Once it got dark the biggest fireworks display ever began! New York City was after all our nation’s capital (1785 until 1790). Absolutely an amazing event in such a great city!

I came away from that day a changed person.

I was so smitten with patriotic inspiration I decided right then that on every July 4th thereafter I was going to be involved with celebrating and sharing our nation’s birthday with fireworks displays in my community, wherever that might be.

In January of 1977 my family moved to Santa Rosa. One of the first things I did was locate a fireworks display company in the bay area and ask how someone like me can get involved with professional fireworks displays. I called Thunderbolt Fireworks in San Francisco, a mom and pop operation owned and operated by Dewey and Bertha Holton. Dewey was a crusty old guy who explained that apprenticeships consisted of working as a volunteer with licensed pyrotechnic operators, learning every aspect of the trade until you were ready to take your state Fire Marshall’s test. No pay, no bennies, not much at all except the thrill of setting up and shooting off fireworks – Oh Yeah! I was ready to dedicate many long hours of my weekends and holidays to learning pyrotechnics. Most public displays require long hours of packing, travel, setup, the display itself, teardown, and unpacking late into the night before we finally go home. This is the inglorious part of the job. But like many parts of show business it’s all about the performance. 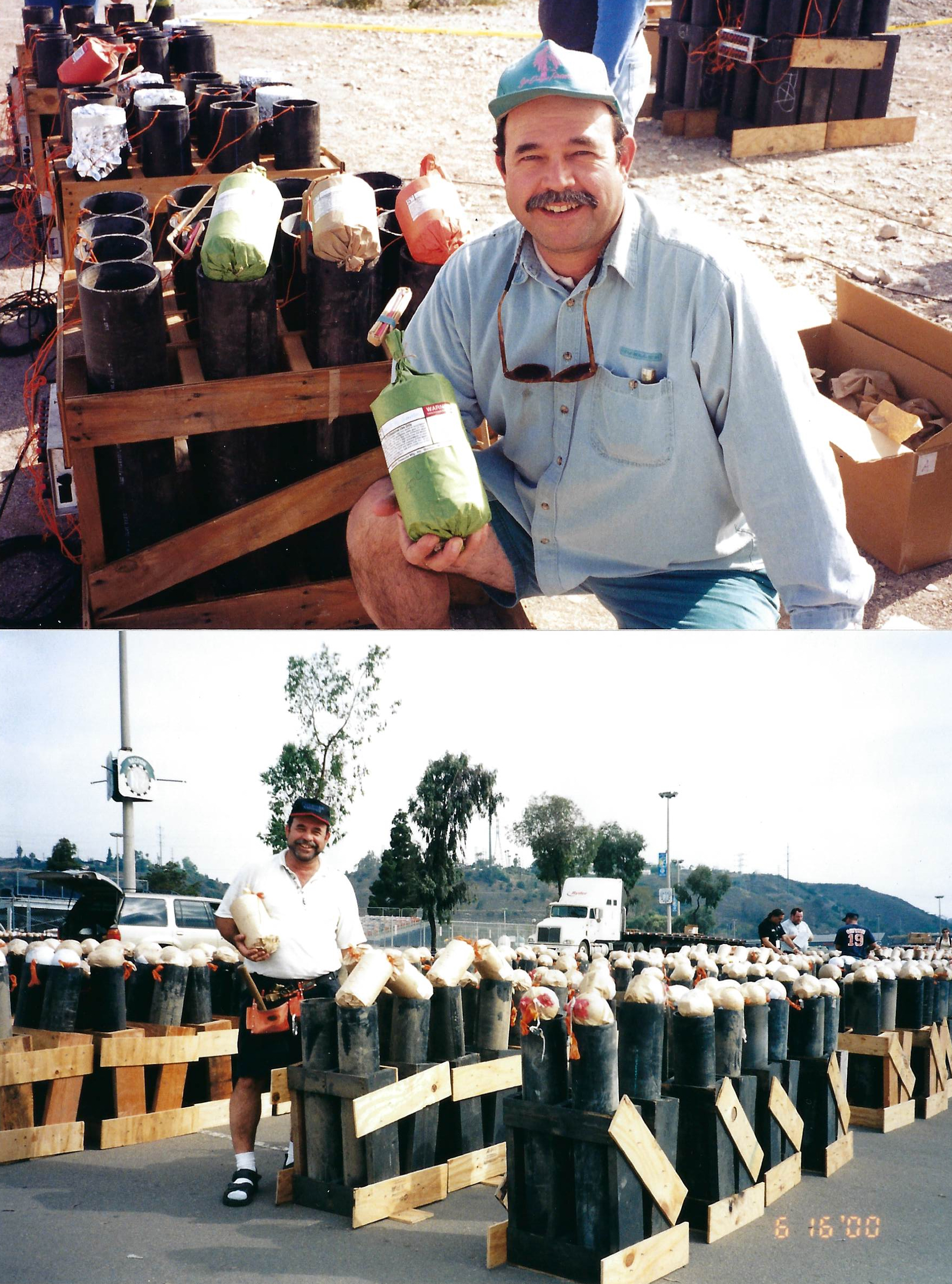 The rush of adrenaline and the roar of the crowd are quite exhilarating and well worth it. I was hooked! 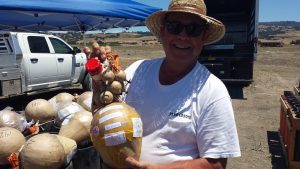 By spring of 1980 I had passed my state test and now, in my spare time, was ready to operate my own shows. But Dewey was an old school kinda guy and didn’t give out show assignments too easily. Even though I had done all of the hard work (at my own expense I might add) I still had not earned his trust and respect as a show operator. And I was ticked-off, I had really busted my butt for nearly three years learning this craft. 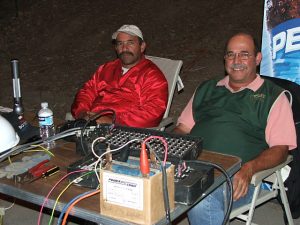 In the meantime two pyro buddies I had met over the years started a new fireworks manufacturing and display company based in Madera, California. They were looking for a whole new crew of operators to work the displays they were now selling all over California. I was tapped to operate in the North Bay and given the entire North Coast area as their sales rep selling shows to make commissions on top of the operator fees. My patience had paid off.

Thus began my 30 years as a pyrotechnic operator and fireworks salesman. 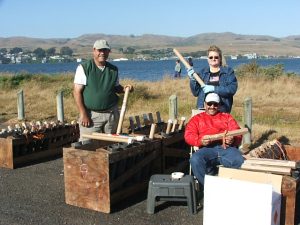 Over time one starts to move up the pecking order of guys working as operators and you gain increased respect and trust from the company you are working for. Along with that comes the prestige of working the really big shows and even, sometimes, being the operator in charge. Over the years I was able to operate and work on some really big, fancy and highly public displays. The Oakland Coliseum on baseball season opening night for the Oakland Athletics. The huge KGB Radio Skyblast in San Diego at Qualcomm Stadium. Home openers at Candlestick Park for the San Francisco 49ers. I got to do many of the Sonoma County Fair shows back in the 1980s and 1990s. The Santa Rosa Red, White and Boom display at the fairgrounds each July 4th, and many others too numerous to count. It was always special to be doing pyro for the hometown folks.

The pinnacle was when I was asked to be the Operator-In-Charge at the Port of San Francisco Ferry Terminal building for the 1999-2000 Millennial New Year’s Eve display.

This show consisted of fireworks and lasers shot off the Ferry Plaza building as the shows centerpiece with three barges situated in the bay. All discharging aerial fireworks were computer choreographed to music. The display took 4 days to set up and one entire day to dismantle. It was an honor to be involved with such a large public event, broadcasted live on television to millions of people all around the world. 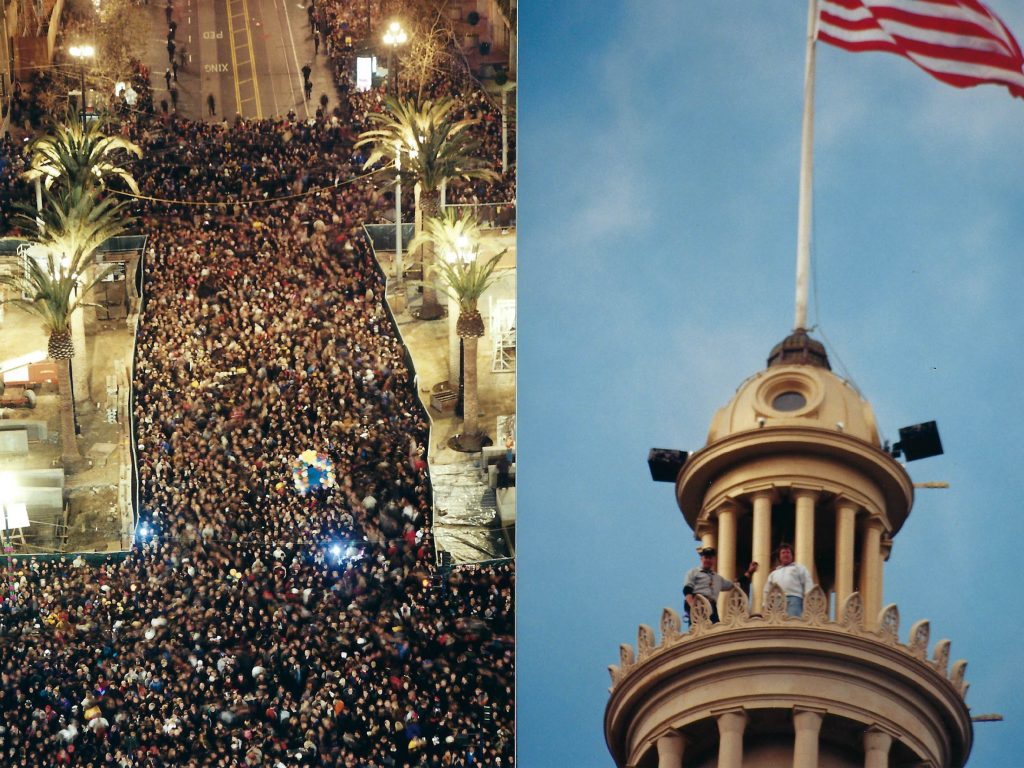 Over the following nine years I continued to operate shows on a seasonal basis. I did have a full time winery job after all. I’ve helped many aspiring young pyros like myself break in and get their qualifications as an operator the same way I had.

In 2009 I decided it was time to take back my holidays and weekends and retire from pyrotechnics with all of my fingers and toes intact. 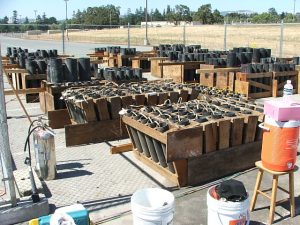 Fireworks are still amazing. I will always find time to go see a display on the 4th of July. I continued to support local crews that I maintain friendships with to this day and help set up their shows. But boy is it nice to wrap it up after a long day in the sun setting up equipment. I can walk away wishing everyone a good show, going home and letting someone else sweat the details. Now all I have to do is get a good seat, sit back and watch the show.

There are many cities around the world that hold large multi-day festivals and celebrations for religious, civic or ethnic reasons.  These celebrations incorporate large and fancy fireworks displays, some of them nightly. A different and unique vacation experience would be to plan one of these into your trip.

Here are a few suggestions: